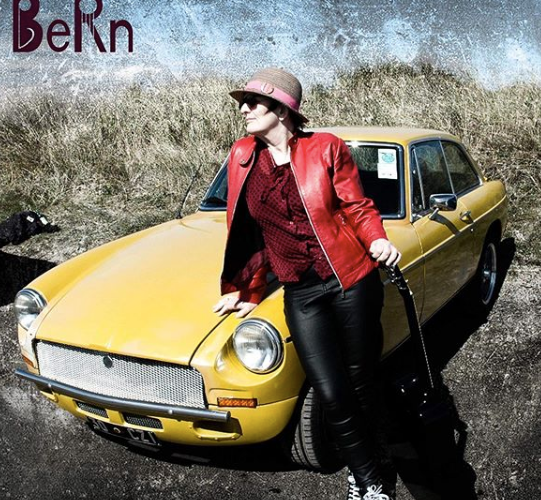 Singer/songwriter/guitarist and poet BeRn, calls her stuff ‘Frock’ – an eloquent mix of folk, punk angst, rock ‘n’ roll, feminism, ire, laughter and irrepressible spirit. Raw and uplifting, she takes to the stage with a fiery presence offering a heady mix of emotion and rebellion.

Check out our interview with BeRn!
“One of my favorite times playing was in the main square in Havana, Cuba. On learning that I was a performer from Ireland I was given a guitar and I walked around the packed square singing and playing to all the punters in the bars and restaurants. It was amazing the response I received. I also played twice on the same bill as Patti Smith at the Fillmore West in San Francisco in the 90’s. Wowser” – BeRn